Continued from the background post earlier… This post is the process we followed making the Cock Ale. Here’s Digby’s recipe again so you don’t have to keep looking back.

Take eight Gallons of Ale; take a Cock and boil him well; then take four pounds of Raisins of the Sun well stoned, two or three Nutmegs, three or four flakes of Mace, half a pound of Dates; beat these all in a Mortar, and put to them two quarts of the best Sack; and when the Ale hath done working, put these in, and stop it close six or seven days, and then bottle it, and a month after you may drink it.

The Closet of Sir Kenholm Digby, Knight Unlocked, p148 in the 1669 edition

Our assumptions are that when Digby talks about Ale, he’s referring to a standard mid-17th century ale receipt and his gallons are the standard ale gallon, set at a volume equivalent to 4.62L in 1454 and not revised until 1688. As this recipe postdates the 1600 act of Parliament defining what we now call the UK Imperial pound, we’ve presumed to use them at (453.592g) rather than the earlier Troy pound (373.241g).

By simple expedient of dividing by two to fit our fermenter and converting to metric, we get:

The process of making an ale from grain is laborious and time-consuming. We’ve done it several times before and found the result identical to commercial extracts so we opted for a pure barley malt extract in this case, to streamline the first part of the process. Using malt extract saved us a day’s boiling and mashing and resulted in an identical output, the brewing process is the same from this point on but we’ve adjusted the amount used to replicate the yield from the older, non-sparging process in use in the seventeenth century. Let’s face it, this is about the chook, not the barley. We’re using 30g of hops as they were lightly used due to expense prior to about 1720, and a packet of dry yeast that we rehydrated, so we were adding liquid yeasts to the fermenter as the originals did. We decided to go for a typical ale of between 4 and 5% alcohol/volume as the sack and all the sugar in the fruit would fortify it somewhat.

The required amount of liquid malt extract was calculated as 2.2kg, or 2kg of dry malt in 18.5L. We mixed up the malt in 4L of water and boiled the resulting wort with half the hops for an hour, the other half was added after 30 minutes. 4g of Calcium Sulphate was added to the wort to simulate the hardness of English water.

This is half the hops required for the brew. The other half is already in the wort.

The seventeenth century approach of putting the hops in early keeps the bittering and preserving agents but there wouldn’t be any of the subtle flavours from the hops left behind. The main reason for adding the hops early in the boil is that the early recipes use much less hops than we would in a modern brew due to the high cost in the late 16th and early 17th c. and lower yield male flower heads were left in. As a consequence they needed the extra time to get as much out of the hops as possible. We used East Kent Goldings, which goes back to at least 1700, and the yeast was an English ale yeast. Probably both the wrong strains, but similar in style and as close as we could get to the originals. Sterilising was done with a modern low residual mix (effectively lime water) which despite the modern packaging and colour (bright pink!) gets a mention in the London and Country Brewer (1731). Other acceptable methods were Sulphur Dioxide fuming or scalding.

Hot break (clumping of protein) is starting. This is almost at the end of the boil.

The other change was adding Calcium Sulphate (gypsum) to the water for the mash. We did this because Sydney water is very soft and we needed to replicate the sort of water London brewers would use. There is a reference in the London and Country Brewer to people who “live on the black sandstone” tipping chalk into the wells from which they drew their brewing water. Harrison also recommended using the hardest water you could get to improve the yield of the hops.

Rapid chilling in a water bath helps cold break to form, settles out the suspended matter and reduces opportunity for infection by wild yeasts.

The ale was then brewed in the usual way. The result is a standard ale that follows many of the recipes given in Digby, Markham and similar books. In our case, it turned out as a pleasant, lightly hopped ale with 5.3% alcohol.

Ecce pollo, boil’t, along with the instruments of destruction.

Carving a chicken, seventeenth century style, from Giles Rose, A Perfect School of Instruction for Officers of the Mouth p39, London 1682.

During the week, we ordered the oldest, gamiest chook we could get from the butcher. A 1.5kg boiler turned up with our name on it. This was duly boiled for 3 hours, removing almost all the fat and leaving a fairly flavourless bird and some amazing stock. It was skinned and the remaining fat removed and half the bird was taken and beaten along with the dry ingredients. The dried fruit was roughly chopped and mashed, and all were added the ale at the end of the primary ferment and let go for a week.

then take four pounds of Raisins of the Sun well stoned, … half a pound of Dates;

two or three Nutmegs, three or four flakes of Mace,

beat these all in a Mortar, and put to them two quarts of the best Sack;

and when the Ale hath done working, put these in;

On checking the fermenter six days later, the predominant smell was the sweetness of the brandy and the dried fruit. The chook carcass had mostly disintegrated but the remaining gobbets still appeared clean and white with no evidence of putrefaction.

and stop it close six or seven days

and then bottle it,

The resulting ale was racked a couple of times to clear the sludge and bottled for two months. The alcohol level was by this stage at least 7%, probably higher. From the amount of sugar in the fruit, it has some room to go higher, too.

And the fate of the other half of the chook and some of the stock? We had risotto that evening. See below the maths for our tasting notes.

For those interested, this is how we came to the decision on what quantity of light dry malt to use. LME has a specific gravity (SG) of 1.320. Convert this to Brewers Degrees by subtracting 1 and calculate the weight factor:

Next calculate the required weight of malt required. The SG for a 4.8% brew is 1.038 or 38 brewers degrees:

There are a number of worked examples in the brewing notes from the 2009 conferention.

The Calcium Sulphate addition rate was taken from http://www.howtobrew.com/section3/chapter15-4.html

Sack is an antiquated wine term referring to white fortified wine imported from mainland Spain or the Canary Islands. The term Sherris sack later gave way to Sherry as the English term for fortified wine from Jerez. Since Sherry is practically the only of these wines still widely exported and consumed, “sack” (by itself, without qualifier) is commonly but not quite correctly quoted as an old synonym for Sherry. Most sack was probably sweet, and matured in wooden barrels for a limited time. In modern terms, typical sack may have resembled cheaper versions of medium Oloroso Sherry.

Sacke is the life, soul and spirit of a man, the fire which Prometheus stole, not from Jove’s kitchen, but his wine-cellar, to encrease the native heat and radicall moisture, without which we are but drousie dust or dead clay. This is nectar, the very Nepenthe the Gods were drunk with: ’tis this that gave Gannymede beauty, Hebe youth, to Jove his heaven and eternity. Doe you thinke Aristotle drank perry? or Plato Cyder? Doe you think Alexander had ever conquered the world if he had bin sober? He knew the force and value of Sacke; that it was the best armour, the best encouragement, and that none could be a Commander that was not double drunk with wine and ambition.”

Tasting notes
Well, after two months of bottle conditioning, how did it go? Given that it was a drink favoured by the infirm, we set our best enfeebled tasters to the task.

The first impression in the glass is unbelievable clarity. We’ve never seen an un-fined beer this clear in less than six or seven months in the bottle. Even the independent judge (the bloke who owns the homebrew shop)  who has been around a lot of homebrew commented on the clarity. The nose is fresh hay, the mouth feel is crisp and slightly dry at the front with the burnt taste of the sherry in the mid-taste. The after-taste has hints of the spice and fruit and the finish is big alcohol and a slight hint of oiliness which limits the dryness. The initial flatness from the one month test has gone, leaving a very drinkable drop. As a liqueur ale, it is for sipping rather than quaffing.

We had to unleash it at the conferention in the brewing competition. It didn’t win its category, but did get some good comments from the judges and other competitors. A few people are now interested in making their own, which was the point all along.

This site uses Akismet to reduce spam. Learn how your comment data is processed.

Roman shield to order. I'm not a fan of the design, I think the wreaths and crescents are too large. Paint on canvas, sewn leather rim, forged rivets and roves. Commercial spun metal umbo supplied by customer. 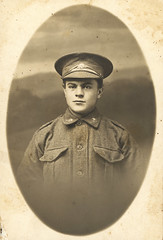 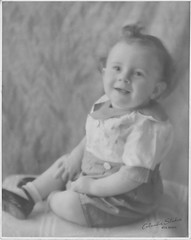 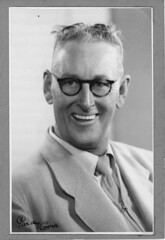 The Reverend’s Big Blog of Leather – my other/main blog